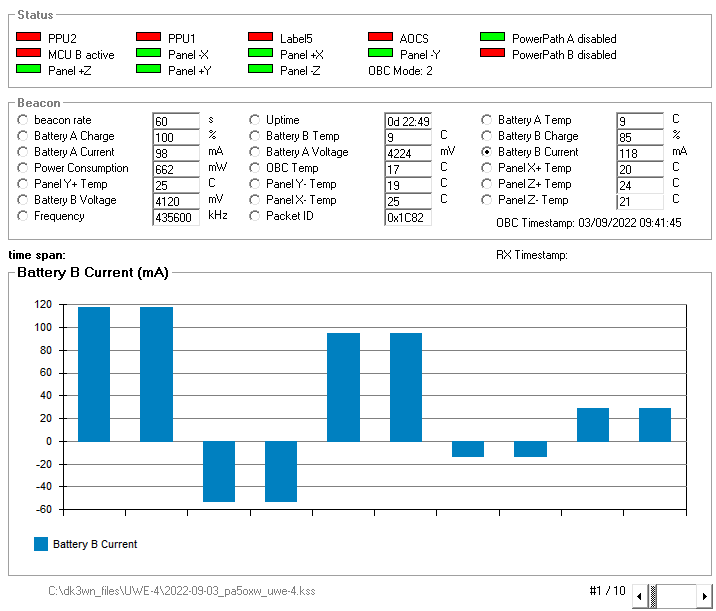 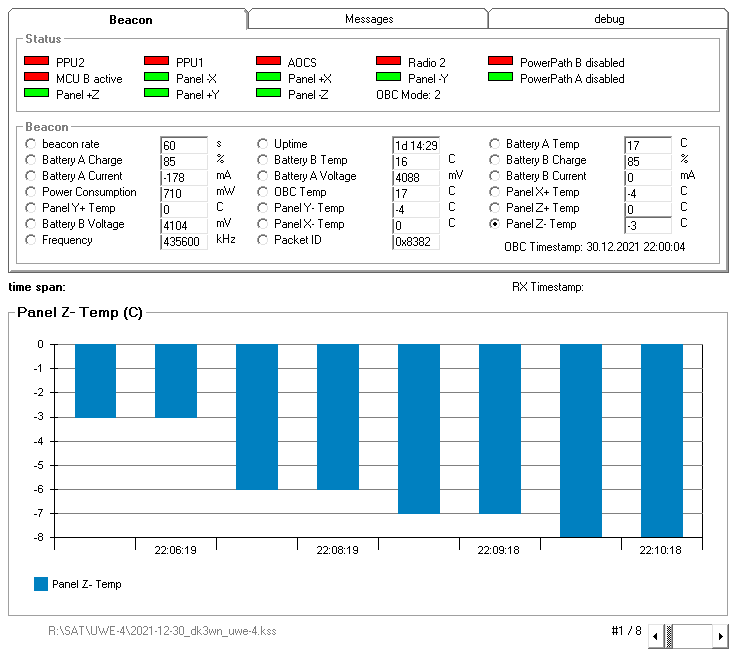 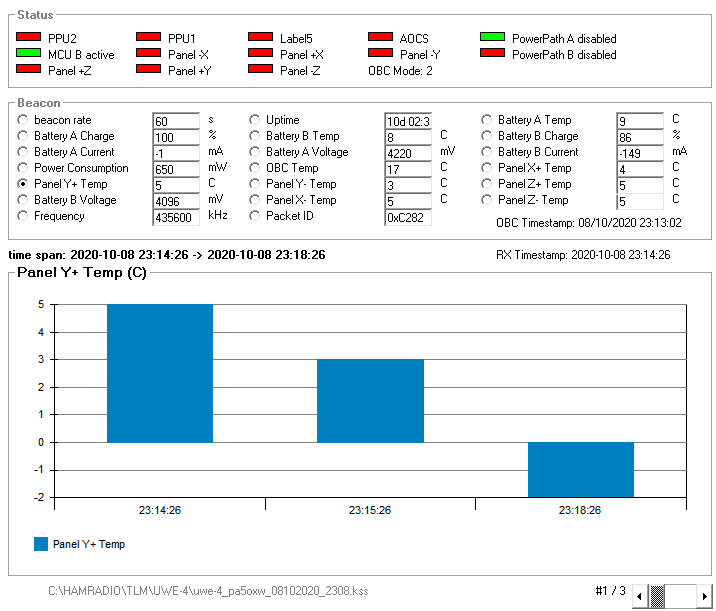 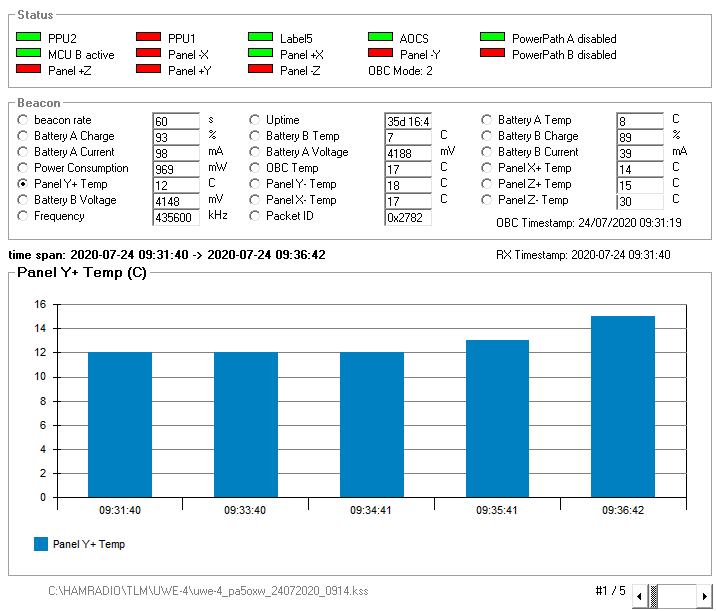 The University Wuerzburg Experimental Satellite 4 (UWE-4) successfully used its propulsion system in order to conduct orbit control. The 1U CubeSat, developed and built at the Chair for Robotics and Telematics, is equipped with the electric propulsion system NanoFEEP which has been developed by TU Dresden.
Several manoeuvres have been performed within 11 days between June 23rd – July 3rd 2020 such that the altitude of the CubeSat was reduced by more than 100 m, compared to an average of 21 m with natural decay. This marks the first time in CubeSat history that a 1U CubeSat changed its orbit using an on-board propulsion system.
As chance would have it, the team of UWE-4 received a conjunction data message (CDM) in the morning of July 2nd 2020 from the United Air Force’s 18th Space Control Squadron. Conjunction of UWE-4 with a non-operational Iridium satellite (ID: 34147) in the morning of July 5th 2020 with a minimum range of about 800 m was a threat to the safety of UWE-4. Analysis has shown that the altitude of UWE-4 would already be below the Iridium satellite at the time of conjunction. Thus the on-going altitude lowering manoeuvre could only improve the situation and can be considered as a collision-avoidance manoeuvre. No further CDMs have been issued regarding this possible conjunction. An analysis of the orbit of the two spacecraft after July 5th 2020 results in the closest approach of more than 6000 m. The Figure shows the altitude of UWE-4 since launch on December 27th 2018 based on Two-Line Elements published online by the North American Aerospace Defence Command (NORAD).
Lowering the altitude of a spacecraft in low earth orbit (LEO) is equivalent to a reduction of its lifetime, since satellites in LEO usually burn up during re-entry due to the friction with the Earth’s atmosphere. Thus, this experiment is a concept demonstration of a de-orbiting manoeuvre shown at the smallest class of spacecraft in LEO. Today, there is no commitment to carry a propulsion system for spacecraft. However, due to the vastly increasing number of satellites in mega-constellations, such obligations are being discussed in the space agencies of several space-faring countries. The experiment of UWE-4 presents a de-orbiting solution for the fraction of space debris of operational but unused satellites of today and for the mega-constellations of tomorrow.
Stay tuned for more updates on UWE-4 and the upcoming launch of NetSat – a formation flying nano-satellite mission from our partner institute Center for Telematics which is expected to be launched September 2020!